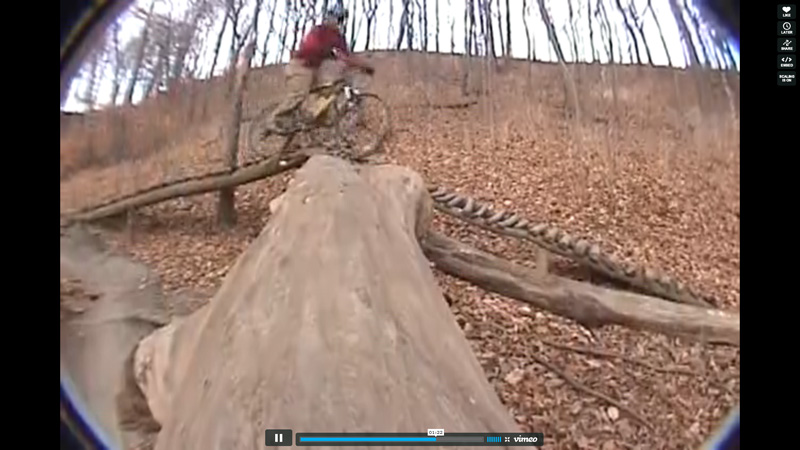 I made this video when I was living in Toronto in the summer and fall of 2004.  I did all of the camera work by setting up the camera on a small tripod and then cycling by.  Don’t be fooled by any shots where it looks like there are two cameras.  These are separate takes on the same camera painstakingly moved and reset for the next shot where I tried to do the exact same pass.  Most of the footage is shot in the forest beside the Don Valley and the remaining shots are from Algonquin Park.  If you look closely, you can see the moose that I was chasing (in Algonquin, not Toronto).